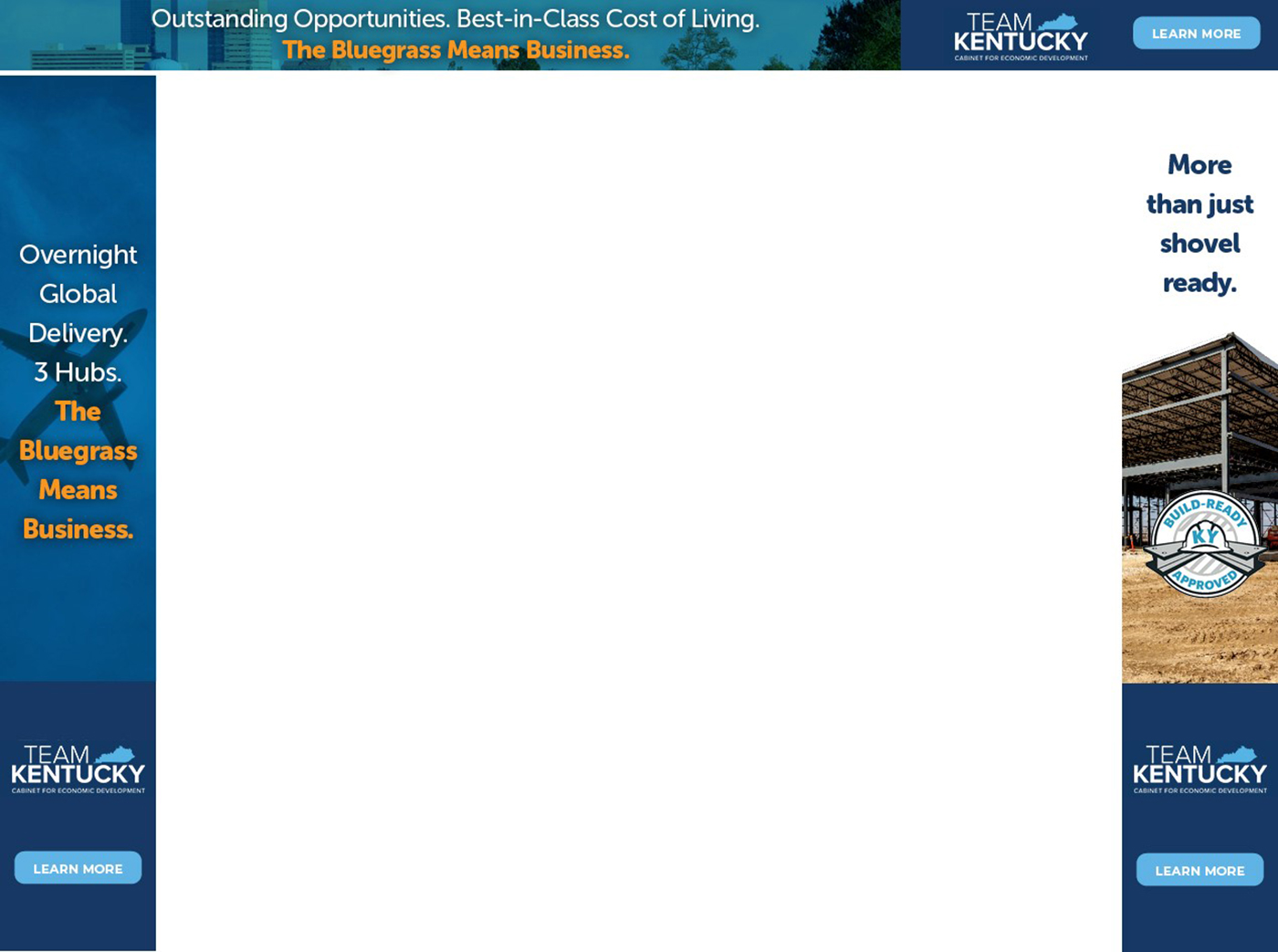 Join us again tomorrow morning for all of the American South’s business, economic development and political news in real time and in one place. Use the sort buttons or the search window to find any story you need to find from last week, last month, last year or several years ago. Click on the headline above to access Southern Business & Development’s website, the economic development magazine of the American South; the third largest economy in the world. 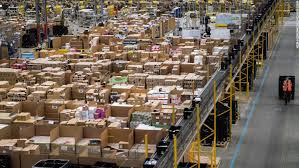 The election is only four days away. But no matter who wins the US presidential contest in November, one of the most pressing problems for the administration to solve will be America’s broken jobs market. “The harsh reality is that whoever the president is on January 20 has his work cut out for him,” said Beth Ann Bovino, S&P Global chief US economist, in a new report on Monday. “While the US is no longer careening toward a depression, labor market data shows the economy mired in a weak recovery, with the unemployment rate still high, at 7.9% — above or equal to the peak of eight of the past 11 recessions.” In fact, the unemployment rate, which peaked at 14.7% in April may actually under-represent the fragility of America’s pandemic labor market: Those discouraged by a lack of available jobs, worried about health precautions or needing to stay home to care for children or elderly relatives have dropped out of the labor force altogether. And the unemployment rate doesn’t factor them in. 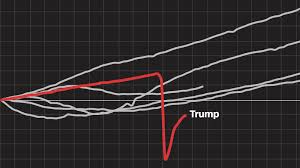 At the start of Donald Trump’s presidency in January 2017, the economy was healthy. Employers had added jobs for 76 months straight — the longest hiring streak on record at the time — and unemployment was just 4.7%, a 10-year low. Corporate profits were near all-time highs, and so were stocks. Overall, gross domestic product was growing around 2.5% a year — a modest rate for the world’s largest economy. Not everything was rosy: the federal debt was at its highest level since the 1950s. But by most metrics, it was hard to deny: the economy was on solid footing. And fortunately for Trump, the growth continued from there. Then came the pandemic. Below, we’ve tracked 10 indicators to show how the economy evolved under each president from Ronald Reagan to Trump. Keep in mind, each presidency started under different circumstances. George W. Bush’s first year in office was plagued by the dot-com bust and the September 11th attacks. Barack Obama’s started with the Great Recession, following a devastating housing crash and a global financial crisis. Despite these crises, however, most recent presidents have presided over a growing economy during their time in office. The Trump presidency will be characterized by the country’s response to the Covid-19 pandemic, which is still playing out both as a health crisis and an economic one. Hover over the charts to see how the economy under Trump compares with how it evolved under his predecessors. CNN Business 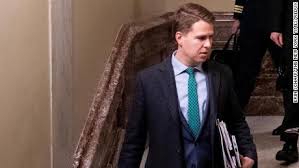 The failed bet laid by President Donald Trump to ignore science and prioritize his political goals early in the pandemic, revealed Wednesday in fresh detail by new Jared Kushner tapes, is backfiring in devastating fashion at the critical moment of his reelection bid. Dark warnings by scientists and new data showing a nationwide explosion in a virus Trump says is going away, crashing stock markets and real-time examples of the White House’s delusions about its failed response are consuming the President as tens of millions of early voters cast judgment. Democratic nominee Joe Biden, leading in the polls with five days of campaigning to go, is accusing the administration of surrendering to the virus and offering to shoulder the nation’s grief in the grim months to come. The extent to which the country’s worsening trajectory has overtaken the final days of the campaign emphasizes how the election has become a personal referendum on Trump and how he mishandled the worst domestic crisis in decades. CNN 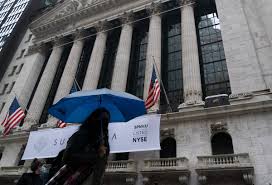 A sudden drop in the stock market in recent days threatens to muddle President Trump’s campaign message about the U.S. economic recovery, just days before the Nov. 3 election. The Dow Jones industrial average fell 943 points Wednesday and is down nearly 9 percent since Sept. 2. The sell-off began two weeks ago but intensified Monday. It has been triggered by a surge in coronavirus cases and the fact that the White House and Democrats are at an impasse over relief talks. Trump in recent days has touted the stock market as central to his 2020 reelection bid, frequently pointing to Americans’ 401(K) accounts and investment portfolios. The stock market’s sharp decline clouds this characterization. The Washington Post 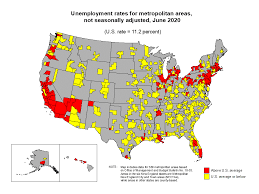 metropolitan areas and lower in 1 area, the U.S. Bureau of Labor Statistics reported

today. A total of 73 areas had jobless rates of less than 5.0 percent and 31 areas

had rates of at least 10.0 percent. Nonfarm payroll employment decreased over the

year in 251 metropolitan areas and was essentially unchanged in 138 areas. The

national unemployment rate in September was 7.7 percent, not seasonally adjusted,

up from 3.3 percent a year earlier. U.S. Bureau of Labor Statistics 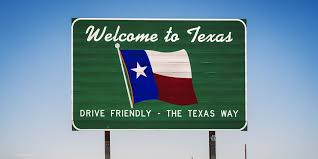 Texas, a GOP stronghold for more than four decades, now looks to be a neck-and-neck race between President Donald Trump and former Vice President Joe Biden with just six days to go before Election Day. The Cook Political Report, a widely followed and respected election-tracking operation that periodically issues ratings in presidential and congressional races, moved Texas on Wednesday from “Lean Republican” to its “Toss Up” column. NBC News’ own battleground map labeled Texas a toss-up state a day earlier. CNBC 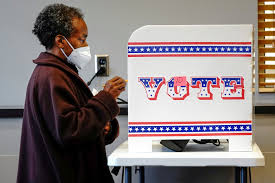 There are five days left until Election Day. Yet tens of millions of people have already voted and continue to do so as coroanvirus cases spike in several crucial states. On the trail, President Donald Trump is expected to continue his busy travel schedule down the stretch, hitting multiple stops a day, while his Democratic rival, Joe Biden, is slated to make fewer, but just as strategic stops. According to polling averages, Biden holds a wide national lead over Trump, but his margins in battleground states are slimmer. Meanwhile, Democrats are widely expected to hold onto the House, but the battle for control of the Senate is much tighter. CNBC 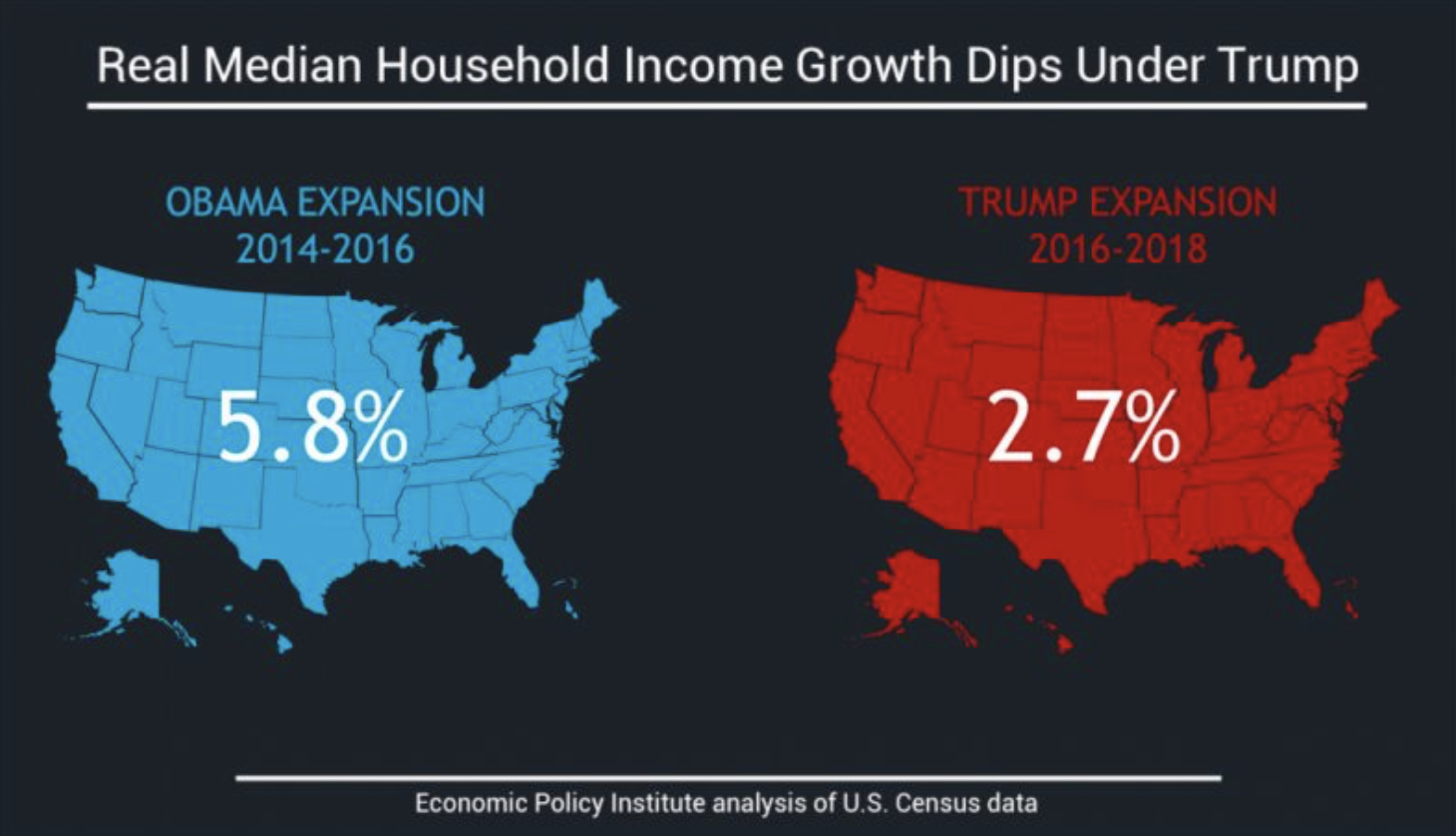 Even before the U.S. economy was slammed by a pandemic, the typical American household’s income grew at a slower pace in more than half of the states under Donald Trump than in the years leading up to his presidency, according to a new Capital & Main analysis of U.S. Census data. Those states include several key battlegrounds, undercutting one of Trump’s central campaign themes: that before COVID-19 his actions led to an economy he has described as “the best it has ever been.” Pennsylvania saw its typical household’s income growth slow from 6.2% in Obama’s last three years to 4.7% in Trump’s first three years, while median household income growth in Wisconsin declined from 7.1% to 6%. In New Hampshire typical household income growth slowed from 7.2% between 2013 and 2016 to 3.1% from 2016 to 2019, while in Iowa it slowed from 4.5% to 3%. Yahoo 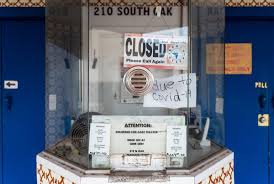 Hawaii had the highest unemployment rate in September 2020 at 15.1 percent, followed by Nevada at 12.6 percent. Nebraska had the lowest rate, 3.5 percent, which was followed by South Dakota at 4.1 percent and Vermont at 4.2 percent. California had the largest number of unemployed people in September 2020, 2.1 million. This was followed by Texas at 1.1 million people. The largest unemployment rate increases from September 2019 occurred in Hawaii (+12.4 percentage points) and Nevada (+8.9 points). The smallest over-the-year rate increases occurred in Nebraska (+0.5 percentage point) and South Dakota (+0.7 point). These data are from the Local Area Unemployment Statistics program and are seasonally adjusted. Data for the most recent month are preliminary. To learn more, see “State Employment and Unemployment — September 2020.” Also see more charts and maps on state employment and unemployment data. Bureau of Labor Statistics

More info on sites in the American South

Second quarter of the coronavirus; where do we stand economically?

By Michael Randle, Editor During tough times, my father has advised me several times during the almost 40 years of…

The reduction of immigrants and H-1B visas will cause the U.S. to lose to other nations

By Michael Randle I realize I have made this point many times over the last three years. Yet, it bears…

By Michael Randle As of June 2020, nearly 18 million people in the U.S. were unemployed. On average during the…

You paid for your benefits (not entitlements). Here is a simple way to increase enough money to keep funding Social Security and Medicare.

Move your HQ to the South. . .everyone else is

Citing housing costs for their employees, operational costs for the company itself and a lack of labor, companies are high-tailing…